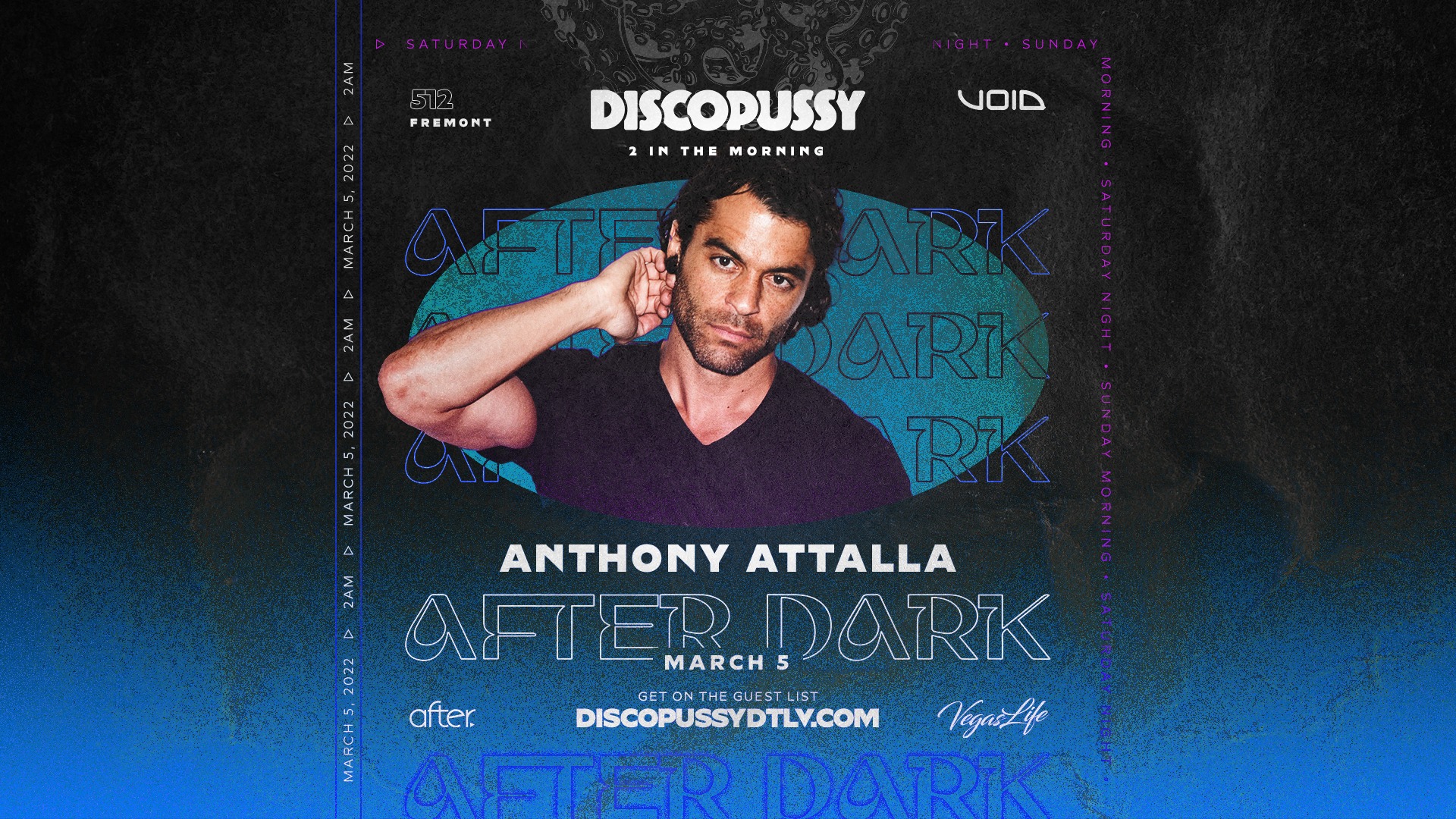 AFTER DARK W/ ANTHONY ATTALLA
SAT AFTERS | 2AM
Firmly established as a star in the electronic music community, Anthony Attalla has crafted a career spanning 15 years that has the industry’s biggest taste-makers and publications championing his productions and stage performances. His non stop touring schedule – in which he’s played close to or more than 100 shows each year for 7 years running – can only to be matched by his keen business sense; formulating his record label and event production company, Incorrect Music which has become a preeminent powerhouse in the American tech-house and underground house scene.
As an artist, Anthony has charted over 100 Top-100 tracks and 14 Top-10 singles or remixes on Beatport.com, the widely popular outlet for purchasing Dance Music. With mega-labels such as Toolroom, Sola, Saved, Defected, Relief, and Snatch seeking his productions, Attalla has become a wanted man. His home base of Chicago has become ground zero for his various business endeavors; from winning “Best DJ Set” at legendary Spybar (the world-renowned staple for underground house & techno), to curating the most successful summer boat series in the city for 5 summers running. In addition, the demand for his live performance has grown to an all-time high with continuous touring throughout the United States, as well as international bookings in Europe, Ibiza, Mexico & S. America, Canada, Asia, the Middle East.
Now approaching it’s 200th release, Anthony’s label Incorrect Music has experienced success at an unprecedented pace. The label’s achievements include having tracks played and charted by a who’s-who list of the industries’ most credible artists, boasting over 200 Top 100 tracks on various Beatport Charts, and spreading its wings globally with artists from more than 20 different countries making up its impressive roster. The label is currently experiencing a string of 35 straight releases on the Beatport Top 100 Charts spanning over 4 years!
With Anthony’s multi-faceted approach to an increasingly demanding industry, he illustrates his ability to evolve and achieve as he continues to make his meteoric rise in the international dance scene.

The event is finished.

Your Shopping Cart is empty